Eagle Farm has played mostly very well since it returned in December last year, but the first Group 1 meeting run on the new track 25th May 2019, unfortunately produced a savage rails bias.

This was totally against the way the track played the previous two times the rail was in the True position.

Our track heat map of weighted placegetters across the day (by weighted we mean winners count for more than second, which count more than third) show just how predominate the fence in-run position was to the turn. 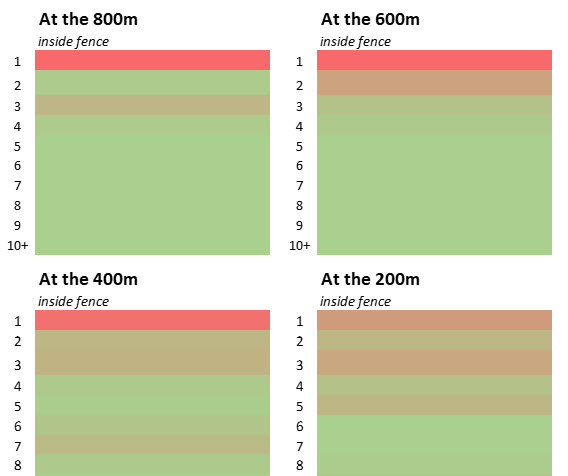 The bias was exacerbated even further in the three races run at a mile and further. 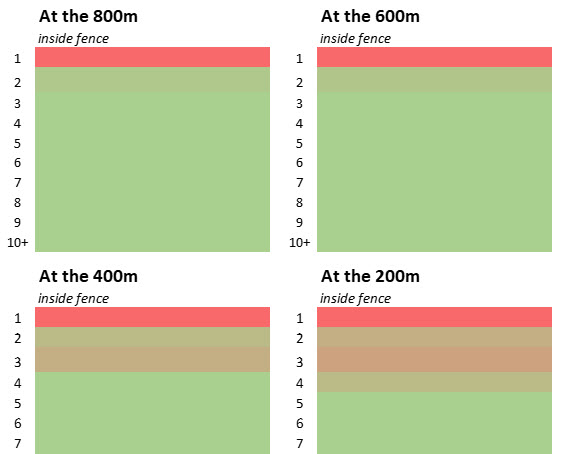 Beyond a simple look at the placegetters, a deeper dive into the data backs up just how much better it was to be on the fence.

There was a clear beaten margin advantage both in absolute terms and relative to the expected margin express by starting prices, to horses that raced on the fence.

In this mix of data and a tell-tale sign that something was amiss was the number of $101+ runners that produced ‘eye-catching’ efforts running home along the fence.

Ordinarily, their finishing efforts would have been ‘black book’ type runs, but the way they ran serves as more evidence that it was not an even playing field there on Saturday.

Hopefully it evens up come Stradbroke day and if that is the case, we can expect to see some form turnarounds.